As a parent of a child with two kidney transplants, a wife of a donor and a donor, Patricia Treusch wanted to initiate a grassroots movement creating awareness for the need to effect change towards no-salt choices in the public food services.

After 20 years of practicing a no-salt cooking method in her home, out of necessity, it was evident that eating away from home was always a big challenge full of unwanted compromises. Eating away from home meant having to settle for the consequences of too much salt or difficulty regulating the daily renal diet recommended for balance. It became apparent it was time to promote this awareness concept to the food services industry and to the general public. Where better to start than with Algonquin’s chefs-in- training, as they are the future of the food preparation industry.

Much like the recent influx of gluten-free, vegetarian and vegan options, restaurants need to consider a salt-free menu option on their menus.

Patricia is a speaker for “I am living proof “ HealthPartners program and charitable campaign; and a Board Member of the Ottawa Eastern Ontario Branch. In the past she has served
as an Organ and Tissue Donation Committee member; a member of the Children’s Hospital of Eastern Ontario Family Forum and Patient Services Partnership Committee; and an Accreditation Parent Representative for the Children’s Hospital of Eastern Ontario. Patricia has also been a spokesperson for The Kidney Community Kitchen Cookbook, and for several Organ Donation awareness events for the media, with a history of successful fundraising events.

She has been recognized by the community as a leader and has received the Excellence in Fundraising Award and the Public Awareness Award.

Click on a logo to learn more about our partners and sponsors. 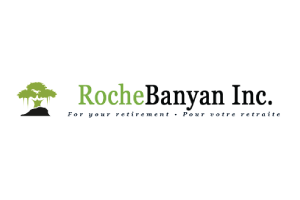